Discipline without Spanking – Healing Wounds in the Black Community 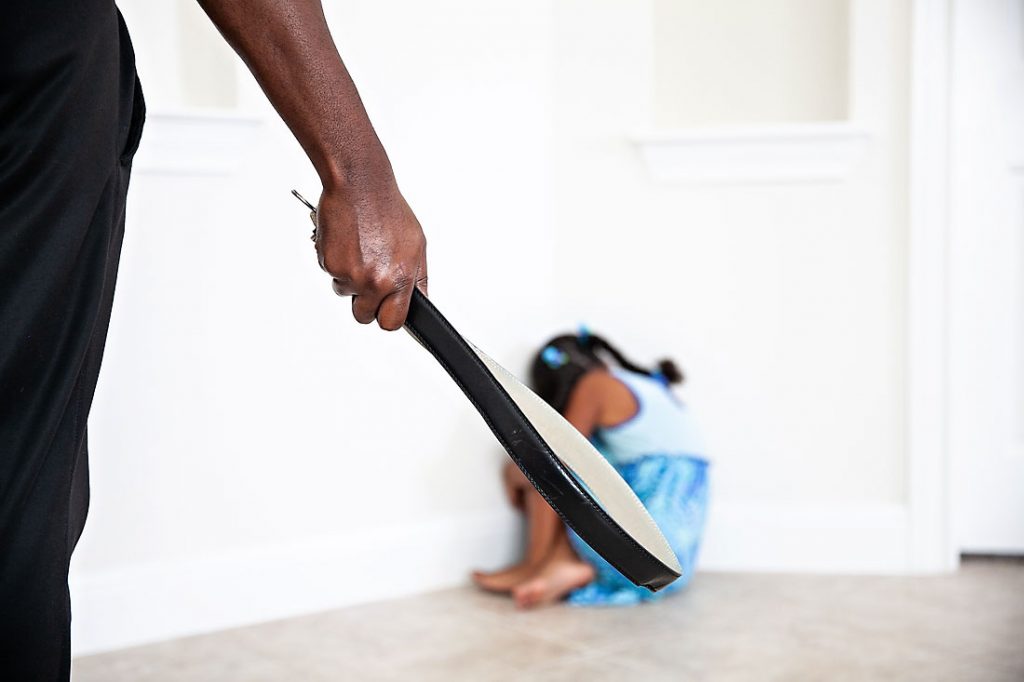 “Get into your room and strip down,” she yelled at me.

Only nine years old, I was sent home for misbehaving at school. Anne, my older sister, who by all measures was my mother, was getting ready to “discipline” me.

Stripped naked, my body shivered. Not so much from being cold, but in anticipation of what was to come. This was not my first time being disciplined by Anne. I knew what was coming.

The door squeaked open. I shuttered, holding my breath, trying not to cry. Crying would only make things worse.

“Get on the bed and spread,” she instructed me.

That time, there was an extension cord in her hands. I braced myself because I knew it would hurt more than usual. I already had experienced switches, hangers, paddles, and even a Whiffle bat on my skin. Extension cords hurt deeper, burning into the skin. Leaving bruises that last a couple of weeks. Hard to hide. Even harder to endure the pain they leave in their wake.

Holding my breath, I grabbed onto the sheets. Here came the first strike. Then the second one. She remained silent. She stopped ten minutes later to take a break. My skin felt like a vat of boiling oil was spilled on it.

She caught her breath. Shook off her hand. And went back. Ten more minutes of holding onto the sheets, swallowing my tears, holding back my screams that were stuck in my throat. “Can this be over already?” I thought to myself after each blow.

By the time the “discipline” was over, there was not a spot on my body that remained untouched.

“Put your clothes back on,” Anne said and walked out of the room.

Discipline? Discipline it was not! Abuse? Abuse is what it was.

And unfortunately, I am not the only child to have been disciplined in this way. Unfortunately, these sorts of measures are often used in my beloved Black community.

Discipline and abuse are not synonymous. Discipline comes from a place of helping a child grow. Abuse comes out of fear, frustration, hurt, and being incapable of dealing with a situation.

A distant cousin of mine, now in his seventies, told me that when he was a boy and got in trouble, his mother tied him to a pole in the basement, blindfolded him, and left him to get the fear of God into him. Then she came back and whipped him, while he was still tied down and blindfolded. Tactics straight out of a slave owner’s manual.

The sad part is that we made abuse like this so much a part of our culture that when we swapped stories like this one, we laughed.

Abuse has become engrained in the Black community. However, I know that it is not biased and can be found in all ethnic groups.

Disguised as discipline, it strips away a child’s right to have a voice. To learn a lesson. To grow. To push boundaries and yet feel loved.

When I compared the “discipline” I grew up with, with that of Elena’s, who was spanked (not whipped) only twice in her life, I did not see that our way of doing things was better or got more accomplished. I did not become a law-abiding citizen because of whippings. I did not stay out of jail because of abuse. The bruises left on my body by Anne healed. The damage her Guantanamo Bay tactics left on my soul was lasting. I ended up with long-term side effects of abuse on my psyche that lasted me well into my adulthood.

Only when I was faced with something different than what I had experienced did I begin to realize that what I survived was not discipline. Rather it was abuse. In my wife’s family, there are fourteen siblings, seven of whom are boys that misbehaved and got in trouble, much like I did. Yet, their parents did not resort to abuse. And none of them are in jail. None are criminals. All are upstanding citizens. Amazing mothers and fathers.

“Well, we do things differently here, Demetrye,” you might say.

But does different mean better in this case? If it does, by all means, let’s do better and be better. However, justify it as we might, beatings are not discipline. And abuse is not love.

“You’ve been influenced by the White people too much,” Anne told me once when I challenged her about the abuse she inflicted on me. I was already a grown man and could speak up for myself without the fear of another beating.

I know that not every Black family uses force to discipline their children, yet, abuse is prevalent in our community. So, if we get to learn from other cultures and points of view, I believe that rather than shunning a cultural exchange, we should embrace it. Let’s learn what we can to improve who we are and what we do! There is no shame in that! What do we have to lose?

A child who is physically punished, without being told why may develop poor self-esteem and this can make it difficult for him to adjust socially in school. Poor self-esteem and low self-confidence can increase the likelihood of poor academic performance. The child may have difficulty concentrating, and this can reduce his potential to excel academically. In a worst-case scenario, a child may even contemplate suicide.

I cannot speak for everyone’s experience, but personally, having been abused for the sake of discipline, I suffered from anger, poor self-esteem, and low self-confidence. Only once I broke away from my family did I begin to discover who I truly was. And when I did, I made a decision that when I become a father, I would discipline in love, not in fear.

I had a learning curve ahead of me. The abuse I received, while I loathed it, was embedded in me as a part of an “acceptable” discipline tactic. So, when Isabella graced my world with her presence, I had to learn how to discipline her without damaging her in the way I was.

By definition, discipline is training. And training can be a pleasant experience. Or, at least, not be violent.

Isabella is a mirror reflection of my personality, so I have my hands full. There is not a day that goes by that she does not challenge me. I get tempted to just make her do things my way, but then neither of us can learn or grow. So, instead of whippings, when she does wrong, we talk about what she did and why she did it, and what can be done better. Together, we choose her punishment. It can be a time out, revoking her priveledges, or forgoing the pleasure of her friends’ company.

I can tell you that she does not revel in any discipline, but at the end of the day we both learn, and I can move through my life being able to respect myself and know that I have not damaged my child.

Because ABUSE DOES NOT WORK!

We all are a part of the human family; we can learn from each other. So, whether you grew up in the Black community, Hispanic, Asian, White, or whatever your origins, if you can do better and learn from someone in or outside of your ethnic community – take the opportunity. There is no shame in becoming better!

And together, let’s make our world a better one. For us. And for our children. Let’s pass down a legacy worth having to them. One generation to the next. Love, not brokenness. Healing, not trauma.

ACKNOWLEDGMENTS: A huge shoutout goes to my daughter and wife for creating the image for this post. It was most unpleasant for Elena to capture it. Isabella chose to do this project in the hopes that her acting would save a child’s life from abuse. We emotionally prepared Isabella to play her role, which she did beautifully. Lots of hugs and smiles followed.

NEVER MISS ANOTHER LIFE-CHANGING POST. GET IT IN YOUR INBOX!

READY to claim your greatness?

Subscribe to my action-packed newsletter to find your path to a powerful life. 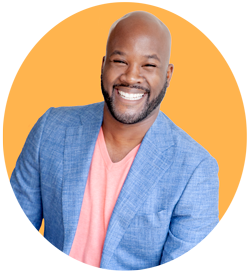